Every parent is familiar with the fact that their toddlers and kids sleep and drink a lot. However, if the child is unexpectedly much dizzier or thirstier as compared to normal, it could indicate type 1 diabetes. It can also be termed juvenile diabetes as a majority of individuals who suffer from it are young children. A child can get type 1 diabetes as an infant, or soon after, as a toddler or a teenager. Frequently, it arises after the age of five years however, individuals don’t get it until their late thirties. If you want to know the signs of type 1 diabetes and can kids get diabetes,  further help your kid live a healthy life.  Read this blog to know about the symptoms of diabetes in toddlers.

It is quite different from “classic” or type 2 diabetes, often associated with being overweight or obese. The condition is seen in adults (but it may happen in kids as well, generally after 10 years of age). If a child suffers from type 1 diabetes, it shows his or her pancreas (an organ present on the upper-right side of the belly) produces slight or no insulin. Type 1 diabetes is a severe autoimmune disorder, meaning it occurs when the defense system of the body attacks as well as destroys the insulin-producing cells.

Insulin is vital for obtaining energy from food. It strikes rapidly and has nothing to do with diet or lifestyle. Unfortunately, diabetes symptoms in toddlers and infants might not always be easy to identify. This is because it’s very tough, mainly in the case of infants and babies, for kids to let their parents recognize that something isn’t correct. Kids living with diabetes should be handled carefully. What are the Symptoms of Childhood Diabetes?

You might or might not be aware that enhanced thirst and repeated urination are common signs of type one diabetes in children and other young kids. The reason this occurs is increasing blood glucose levels elicit a reaction in the body that draws the fluid from body tissues. Symptoms of type 1 diabetes in toddlers may begin all of a sudden. Keep an eye out for such symptoms in toddlers or children.

How to diagnose diabetes in toddlers? Below are few potential symptoms of pediatric diabetes:

If any person notices any of these signs of type 1 diabetes in the toddler, infant, or baby, it’s vital to visit a healthcare provider right away. Before putting second thoughts on the worries, give a reminder that it’s always better to be safe than sorry when it comes to a kid’s health.

What are the Causes of Type 1 Diabetes in a Child?

How and When is Type One Diabetes Diagnosed?

Physicians can judge whether an individual has diabetes or not, by testing blood samples for sugar levels. High levels indicate that the toddler has diabetes; other blood tests are generally performed to aid physicians discover if the kid has type 1 or type 2 diabetes, as the care and treatment of diabetes may vary depending upon the type. 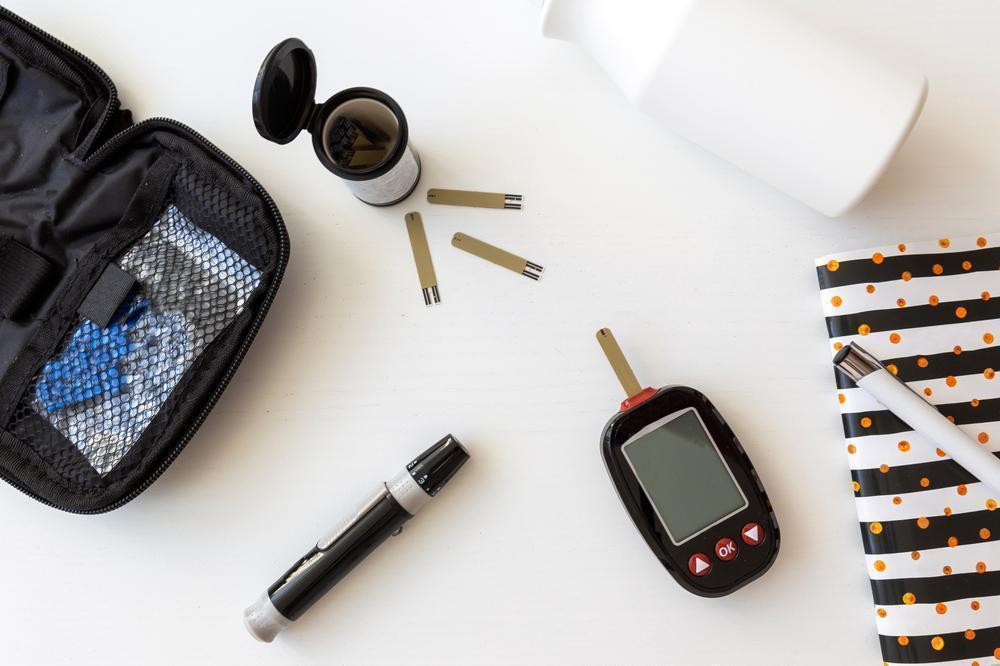 In case of doubt or confirmation of diabetes, the physician may refer the child to a pediatric endocrinologist. He is a physician who specializes in the diagnosis as well as treatment of kids with diseases of the endocrine system, including diabetes and growth disorders.

When There is a Medical Emergency?

Type 1 diabetes can result in sudden, intense swings in blood glucose that can turn to be risky. In case any person observes such signs of diabetes in his or her child, it’s significant to carry out a physical examination quite soon, so their physician can initiate treatment without delay.

The physician would carry out an easy urine test to detect glucose (sugar) in the urine as well as a finger stick to evaluate preliminary blood sugar levels. Another more involved test, known as an oral glucose tolerance test, can inform with surety if it’s type 1 diabetes. The kid would require following a special diet prior to this procedure.

If a diagnosis of type 1 diabetes in babies is already done, call the concerned doctor if any person observes any of these signs of a low blood sugar emergency like drowsiness, sweating, fatigue, hazy or double vision, confusion, shallow breathing, extreme hunger, rapid pulse, headache, or pale moist skin. Low blood sugar symptoms may be dangerous for kids with type 1 diabetes. Always get instant medical help if the child ever passes out or has seizures.

What Issues May Crop up With Type 1 Diabetes?

If early signs of diabetes in kids are missed as well as treatment is not yet begun, chemicals named ketones might get accumulated in the blood and bring about nausea, vomiting, stomach pain, breathing difficulties, fruity smell breath, and even unconsciousness. At times, these signs are misguided for the flu or appendicitis. Physicians term this severe condition as diabetic ketoacidosis, or DKA.

Diabetes may also result in some long-term complications in few individuals, like cardiovascular problems, stroke, defective vision, and kidney damage. It may also bring about other issues all over the body in the gums, blood vessels, or nerves. Whereas these issues don’t generally turn up in kids or teens who have had type 1 diabetes for some years, they may have an impact on them in adulthood, chiefly if their diabetes does not remain in control. Though there is good news, with proper treatment, such diabetic signs can be stopped or controlled and the risk of lasting issues can be decreased overall.

Also Read:  What are the normal levels of HbA1C?

How to Help Children With Diabetes?

Parents can give happy and healthy lives to their kids by giving regular encouragement, understanding what they can do regarding diabetes, and ensuring that their kids have a proper diet; they exercise properly and stay on top of blood glucose control daily.

Kids and teens having the problem of diabetes require constant monitoring and need good control of their glucose levels. They require to:

Living with this endocrine condition is a challenge for any person, but kids and teens often have unusual problems to handle. Young kids are not capable of understanding why they require blood tests or medications. They may feel frightened, angry, or awkward also at times.

Teens may feel different from their peers and want a more carefree lifestyle than their diabetes allows. Even when they faithfully follow their treatment schedule, they might feel frustrated if the natural body changes of puberty make their diabetes somewhat harder to control. Dealing with a toddler with diabetes may seem irresistible sometimes, but you’re not alone.

Kids below 3 to 5 years of age having type 1 diabetes include a small percentage of all those with this disorder. Infants and toddlers having the problem of diabetes pose a range of challenges to the doctors. These challenges can be: at the time of diagnosis, there are no classical early symptoms or signs of high glucose level seen in the toddlers or infants. And the next point is, it becomes troublesome to set up a suitable therapeutic regimen for these kids.

The third challenge is to avoid the problem of serious hypoglycemia, which is particularly important given hypoglycemia’s likely impact on the developing brain. Thus, it’s very important to help your child maintain good control over glucose levels as much as possible. Also, it’s important to teach your child the significance of having a healthy diet as well as the importance of participating in regular physical activity.

How does a toddler get diabetes?

In many cases, a kid has to be exposed to something such as a virus to get type 1 diabetes. This diabetes is never contagious, so children or teens can’t catch it from any other individual or transfer it to friends or family members. Also, consuming excess sugar doesn’t result in type 1 diabetes, either.

What is the range of glucose levels for a toddler to be called diabetic?

A blood glucose level of 200 mg/dL (or, 11.1 mmol/L) or above that usually indicates that the kid has type 2 diabetes.

What about the life expectancy of a kid having type 1 diabetes?

Individuals who develop diabetes during early days may die up to 20 years sooner as compared to individuals without diabetes, as per some research findings by scientists in Sweden and the United Kingdom.

What is the age of onset for type 1 diabetes? 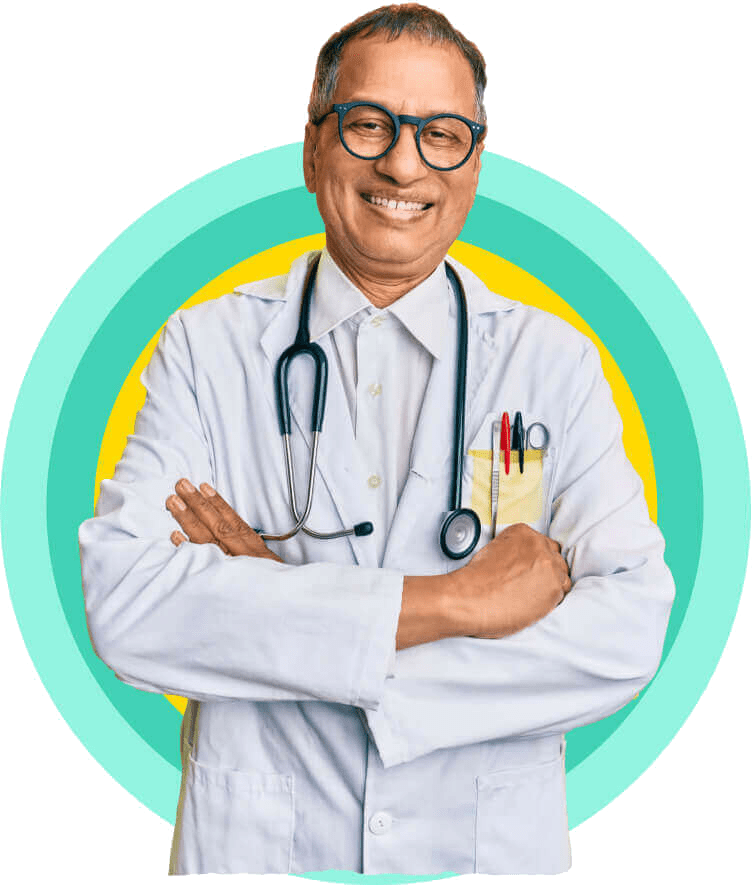