Saunf or fennel seeds are spices harvested from one of the numerous types of fennel plants. They are equipped with a sweet, potent flavor resembling licorice. Foeniculum vulgare, famous as fennel, is a palatable culinary herb as well as a medicinal plant. Fennel is green and white having yellow flowers and feather-like fennel leaves. Fennel is a Mediterranean plant popularly used throughout the world. Both the seeds and crunchy bulb of a fennel plant give a mild, licorice-like essence. However, the flavor of the seeds is very much effective because of their powerful essential oils. Except for its culinary uses, fennel and its seeds are packed with several health benefits and offer powerful anti-inflammatory, antioxidant, as well as antibacterial effects. Read this blog to know about the health benefits of saunf or fennel seeds.

India is one of the biggest exporters of saunf and uses it ravenously owing to its tremendous benefits. People from varied cultures have a preference for ingesting fennel seeds because of their medicinal properties. For example, Indian families frequently take saunf after consuming their meal for quicker and healthier digestion. Saunf is often associated with longevity and is well-liked for delivering a wide range of fennel nutritional benefits helping in recuperating the well-being of a person. In addition, fennel seeds are a concentrated source of diverse minerals important for blood pressure control and retention of water inside the body.

In this article, you will find a list of benefits of fennel, based on the science and what is the spice fennel used for. Saunf is packed with all the essential nutrients and fewer calories. Fresh fennel bulb is a well-accepted source of vitamin C (a water-soluble vitamin) crucial for building immunity, and repairing tissues, and is necessary for the synthesis of collagen.

Also, vitamin C acts as an effective antioxidant in the body, defending the body against cellular damage brought about by unstable molecules known as free radicals. Both fennel bulb and seeds comprise of vital mineral manganese which plays a significant role in enzyme activation, metabolism, regulation of blood glucose, cellular protection, wound healing, and bone development. Apart from manganese, fennel and its seeds consist of other minerals important for bone health, such as calcium, potassium, and magnesium.

This table represents several nutrients and their amounts present in one teaspoon of saunf:

Perhaps the most notable advantages of saunf derive from the antioxidants as well as effectual plant compounds. A plant containing essential oil has been thought to comprise over 87 volatile compounds, such as the polyphenol antioxidants chlorogenic acid, rosmarinic acid, apigenin, and quercetin.

Moreover, more than 28 compounds have been identified in saunf, such as fenchone, anethole, limonene, and methyl chavicol. Studies also found that the organic compound anethole offers considerable antimicrobial, antiviral, anticancer, and anti-inflammatory properties. In conclusion, the plant compound limonene aids in combating free radicals and has been found to protect the body cells from damage resulting from chronic problems.

Saunf as an Appetite Suppressant

Saunf might not only add depth and essence to recipes but also aid in curbing appetite. The study established that people who had 8.5 ounces (250 ml) of tea prepared with 2 grams of saunf prior to consumption of lunch felt considerably less hungry and had a smaller amount of calories during the meal as compared to people who had a placebo tea. Anethole, a chief constituent of fennel essential oil, can be behind the appetite-suppressing activities of the plant.

Consumption of fennel and its seeds may benefit heart health in several ways, as they’re full of fiber, and nutrients found to lessen various heart disease risk factors such as high cholesterol. One cup (87 grams) serving of raw fennel bulb packs 3 grams of fiber. The powerful antioxidants present in saunf including vitamin C and quercetin, are greatly helpful in lessening inflammation and the levels of inflammatory markers.

Diets rich in fiber have been associated with a lowered risk of heart disorders. Studies have seen a great association between higher dietary fiber consumption and reduced risk of heart problems. For every extra 7 grams of fiber taken daily, the risk of heart disease is reduced by 9%. Fennel and its seeds consist of essential nutrients such as calcium, magnesium, and potassium, which are thought to play important roles in keeping the heart healthy. For instance, adding rich sources of potassium to the meal plan helps in lowering high blood pressure, a major risk factor for heart problems.

Does fennel lower blood pressure? Dietary nitrates are found in saunf and are associated with strong vasodilatory and vasoprotective properties. Due to this, they aid in reducing blood pressure and thus, protecting the heart.

Fennel seeds benefit weight loss. A research study has found that consuming fennel seeds considerably lower appetite and decreases overeating at mealtimes. For individuals facing the problem of obesity resulting from food cravings and overeating, saunf is a much more useful alternative.  The presence of fiber in fennel is a vital factor in weight management and acts as a “bulking agent” in the person’s gut. These compounds help in enhancing satiety and decreasing appetite, making a person feel fuller for longer and thereby reducing the overall calorie consumption. 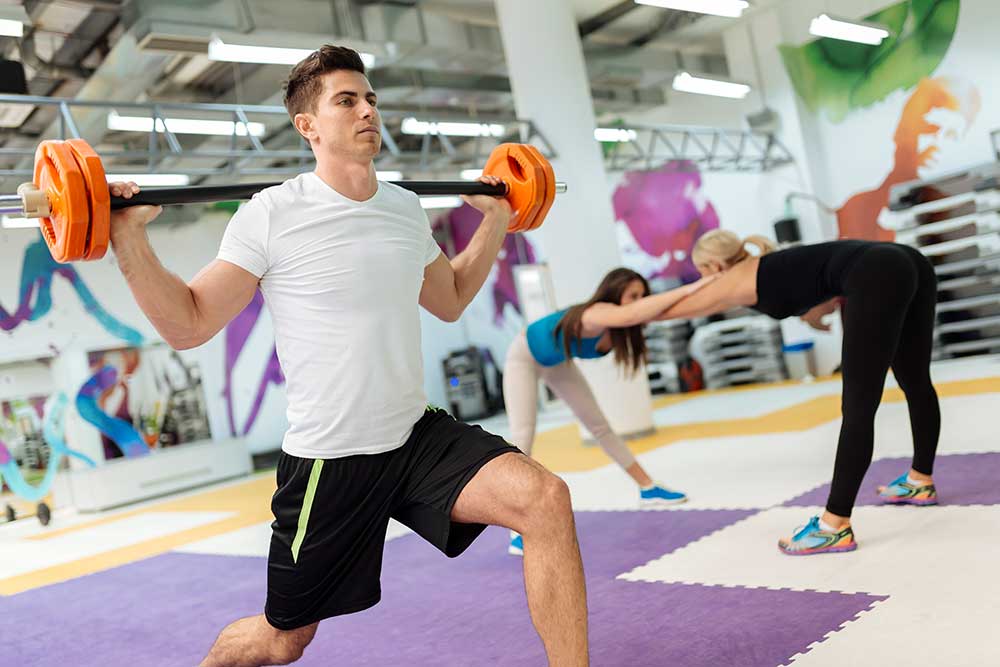 The extensive range of powerful plant compounds in saunf helps in defending against chronic ailments such as cancers. For example, anethole, one of the major ingredients in fennel seeds has been observed to demonstrate considerable cancer-fighting properties. The study has shown that anethole present in saunf is associated with suppression of cell growth and induces apoptosis, or programmed cell death, in breast cancer cells of the humans. Another study believed that fennel extract prevents the spread of breast cancer cells and the death of tumor cells. Even though these results are potential, studies are required before fennel or its extract can be suggested as a treatment for cancer.

Selenium is a mineral found in saunf. The mineral contributes to the functioning of liver enzymes and helps in detoxifying some cancer-causing compounds found in the body. Selenium also helps in preventing inflammation and reducing the growth rates of a tumor. Also, fennel comprises folate, which plays an important role in DNA synthesis and repair. This helps in preventing cancer cells from getting produced due to some mutations in the DNA.

Fennel has been seen to exert powerful galactogenic activities, meaning it aids in enhancing milk secretion. Studies propose that specific substances present in anethole, including dianethole and photoanethole, are held accountable for the galactogenic effects of Fennel. The saunf plant is seen to increase milk secretion and prolactin levels in the blood (prolactin is a hormone that signals the body to produce breast milk). There are other studies also that show no effect on milk secretion or infant weight gain. Ill effects like poor weight gain and trouble during feeding have also been reported in infants whose mothers consumed lactation teas comprising fennel. For such reasons, breastfeeding females must always discuss with their healthcare provider prior to choosing fennel to stimulate their milk production.

Studies have found that fennel extract is seen to inhibit the growth of harmful bacteria and yeasts, like Escherichia coli, Candida albicans, and Staphylococcus aureus. Studies have noted that fennel is seen to improve sexual function and satisfaction in menopausal females, along with relieving the associated symptoms like vaginal dryness and itching, hot flashes, pain during intercourse, and sleep problems. It’s significant to note that a lot of such studies used concentrated doses of Fennel, and it’s doubtful that consuming little quantities of fennel or its seeds would deliver the same benefits.

The fennel’s vitamins and minerals add to building and maintaining bone structure and strength in some ways and these are:

Precautions to Take While Having Saunf or Fennel Seeds

Both the appetizing, crusty bulb and aromatic seeds of the saunf plant are greatly nutritious and may provide plenty of remarkable health benefits. Adding fennel to the diet helps in improving heart health, lowering inflammation, suppressing appetite, and even offering powerful anticancer effects. Fennel is constituted with good antibacterial properties and helps in improving mental health, relieving menopausal signs, and lowering inflammation.

Yet, it’s doubtful that fennel or its seeds would deliver similar effects when consumed in small amounts. To obtain the healthful benefits of fennel seeds, try including the raw fennel bulb in preparations like salads or soups, broths, baked goods, as well as certain fish dishes. Even though, consumption of saunf is likely safe, including higher doses in supplement form can show reaction with other medications as well.

Is saunf bad for kidney functioning?

Fennel consists of the mineral potassium, and high potassium levels in the body can pose a severe risk to individuals with kidney damage or for kidneys not functioning properly.

What are the side effects associated with saunf?

The side effects of fennel can be breathing problems, nausea, vomiting, rash, hives, chest pain, or inflamed skin.

Is it safe to drink saunf water daily?

Fennel tea can help in healthy digestion, and preventing digestive problems like bloating, gas, or cramps, and also acts as a diuretic. Fennel seed is an effectual aid to digestion.

What is the suggested amount of saunf for a day?

Fennel seeds are packed with volatile oils as compared to the whole plant, thus it is ideal to take approximately one teaspoon (6 grams) of dried whole fennel seeds in daily cooking.

Seema Goel is the Head Diabetes Coach at Breathe Well-being, Gurugram. Seema has 20 years of experience in dietetic counseling with various organizations. Seema has been a Columnist with various leading newspapers. Seema has also worked as a diabetes consultant... Read More About: Seema Goel